“Citing German privacy laws, Volkswagen has refused to provide emails or other communications among its executives to attorneys general in the United States, impeding American investigations into the company’s emissions-cheating scandal, according to officials in several states.

The revelation signals a turning point in the now openly fractious relations betweenVolkswagen and American investigators, after claims by the Justice Department, in its own inquiry this week, that the company had “impeded and obstructed” regulators and provided “misleading information.””  See

“WASHINGTON — Volkswagen’s top executive is traveling to Washington next week to meet face to face with the nation’s head environmental regulator.

As we reported previously emission test cheating has been politicized for decades.  Test cheating is far deeper, wider, and more serious than the public knows and has known.  See

A good example of how crash victims can get citizens to support progress.

A mother (and lawyer) who lost two daughters in a tragic crash and went on to be an effective safety advocate has written us as follows about this court decision:“This is huge!    For so long now, industry has used the settlement/confidentiality to cover up for all types of corporate crimes.    I hope the circuit court’s decision isn’t appealed.   From my own personal experience both at trial, and in the legislative process, industry always argues, as they did in our case, that our tragedy was an isolated case, passing the ball off to safety advocates to find cases.   Not many have the resources or attorneys that can withstand the war of attrition that exists in lawsuits against corporate defendants.    Most settle, and their records are sealed.   This will certainly give the corporate defendants pause in their legal tactics.”

See latest article about Ms. Cally Houck’s story, her achievements, and efforts that continue to this day.  Seehttp://www.latimes.com/politics/la-pol-ca-cally-houck-rental-car-law-20151221-story.html

The article on the Judicial Victory that Ms. Houck was commenting on in Corporate Crime Reporter follows:

“Corporation conceals deadly defect. Someone dies, and their family sues. Corporation settles quietly. Court records are sealed. Nobody finds out. 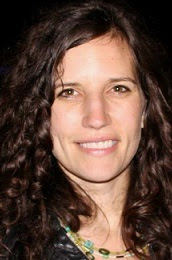 “This is how GM was able to hide an ignition switch defect that killed over a hundred people for more than a decade,” says Jennifer Bennett, an attorney with Public Justice in Oakland, California.  “It’s how Remington concealed evidence that its most popular rifle can fire without anyone pulling the trigger.”

But because of a Ninth Circuit decision handed down in Velasco v. Chrysler, “it is now much harder for corporations to enlist courts in keeping their secrets,” Bennett says.”

Thanks to Clarence Ditlow and the Center for Auto Safety the Court decision is attached.
It takes a lot of people, time, and effort to make safety progress.

In June of 2015, I noted that NHTSA’s new Administrator Rosekind refreshingly told the truth about “root cause”. Perhaps the most important revelation at yesterday’s hearing was the refreshing truth spoken by NHTSA’s new Administrator Dr. Mark R. Rosekind.  “MARK ROSEKIND: Some factors appear to have a role, such as time and absolute humidity. The full story is not yet known and a definitive root cause has not been identified. In my recent experience as an NTSB board member and a veteran of many major transportation investigations, it may be that there is no single root cause, or the root cause may never be known.”  Seehttp://www.npr.org/2015/06/02/411533526/questions-remain-about-airbag-recall-after-takata-testifies-before-house

Now we read in the NY Times, the “root cause” still has not been determined by NHTSA.

“The people who are driving in those cars deserve to know,” Ms. Shahan said.

Although the root cause of the defect is still unknown, regulators have focused on the airbags’ propellant, which contains ammonium nitrate, a compound that breaks down over time or when it is exposed to moisture. When that happens, the ammonium nitrate can combust violently, causing the propellant’s metal casing, called an inflater, to overpressurize and rupture.

Regulators have said that Takata must prove that ammonium nitrate, which is more commonly used in large-scale applications like mining, is safe to use or it will order all airbags containing that compound to be recalled. Takata, the only major airbag manufacturer to use the ammonium nitrate propellant, has said it is safe when properly treated with a stabilizing compound.

But for now, there is no blanket recall, which Gordon Trowbridge, a spokesman for N.H.T.S.A. said could eventually affect “tens of millions” of additional vehicles.

“Many millions of these vehicles are relatively new,” Mr. Trowbridge said, “and given what we know about the role of age in degrading the ammonium nitrate propellant, are unlikely to present a rupture risk for some years.”

Mr. Trowbridge noted that the agency had prioritized the recalls — which will take years to finish — to account for models and geographic regions that pose a higher risk.

“If N.H.T.S.A. believes a vehicle presents an unreasonable risk to safety, the agency would seek a recall,” he said.”  See

How many more tragedies will it take?

The NY Times just published an Op-Ed by Sen. Elizabeth Warren that notes: “Justice Department has dodged one opportunity after another to impose meaningful accountability on big corporations and their executives.

Each of these government divisions is headed by someone nominated by the president and confirmed by the Senate. The lesson is clear: Personnel is policy.”

So if Personnel is Policy – and I believe it is – what do we find at NHTSA today?

In 2014, I examined the question: Who is responsible for the last decade of crash deaths?  See https://www.careforcrashvictims.com/assets/CFCV-MonthlyReport-March2014.pdf

Note: I do not believe in people being fired.  But they should have been reassigned to positions with less obvious apparent conflict of interest.  For example, let them work on behavioral research such as alcohol, speed, and fatigue problems rather than vehicle safety research which they are still in charge of.

President Obama, DOT Secretary Foxx, and NHTSA Administrator Rosekind can and must do better than they have so far.  They have the power to do so.  More importantly, they have the responsibilities to do so when:
Every average day 100 Americans die of crash injuries in the U.S.A. and 400 suffer serious injuries, and DOT values such crash losses at $2 billion – each day.

President Obama’s Visit to Detroit Auto Show this week is being cast as a political victory lap, but it will mask further giveaways to industry.   Safety leaders are already telling it like it is.

http://www.nytimes.com/2016/01/16/business/18-carmakers-agree-to-share-safety-data.html
What to watch for, but probably won’t see: 1.  For President Obama’s tears for the nearly 230,000 people that died of crash injuries and were counted by NHTSA under Obama’s watch so far + another estimated 33,000 that will die this year.  And for the estimated 1 million that will have suffered serious crash injuries under his two terms as President.  See NHTSA stats at http://www-nrd.nhtsa.dot.gov/Pubs/812217.pdf
2.  For President Obama to apologize for not meeting with safety advocates such as Ralph Nader and citizens to rectify NHTSA’s corporate captivity.  He has often met with CEOs.  See http://www.nytimes.com/2014/10/29/opinion/weak-oversight-deadly-cars.htmland https://www.careforcrashvictims.com/assets/CFCV-MonthlyReport-March2014.pdf
3.  For President Obama to acknowledge that his appointees have met with auto CEO’s, agreed to weak agreements behind closed doors, gone through the revolving door to work for the auto industry, and left people to continue to die.  See the latest fatal Jeep court case at http://www.courthousenews.com/2016/01/15/massive-suit-over-fatal-pennsylvania-crash.htmand http://www.autosafety.org/jeep-grand-cherokee-fires-homepage
4.  For President Obama’s apologies for a 7 year failure to adopt a Vision Zero Goal for crash deaths and serious injuries in or by a new vehicle in a decade.  Seehttps://www.careforcrashvictims.com/assets/MonthlyReportforJanuary2016-Corrected.pdf
5.  For President Obama to take his thumb off the scale favoring (more of the same) candidate Clinton over (change) candidate Sanders.  See https://www.careforcrashvictims.com/blog/blog-hillaryguns/
As one of our community noted wryly:  “This one’s had me smiling since the “Historic Agreement” was breathlessly leaked to Reuters a few days ago on the 11th. Then after four days of suspense we get… Jing Tinglers and Sparkle Ponies and a nice photo op:  no task objectives… no implementation dates… no resource commitments… no metrics to measure success or failure… and above all, no regulations that might improve safety. Checking my calendar, it’s 371 days until Foxx and Rosekind will need new jobs. The historic agreement looks just like a resume.”
Lou

The NY Times Editorial Board wrote:Under the legislation, however, Congress would actively interfere in the rule-making process. One provision would require that the Congressional Budget Office review and approve the costs and benefits of proposed rules….The Democrats behind the effort are Heidi Heitkamp of North Dakota, Mark Warner of Virginia and Joe Manchin III of West Virginia, joined by Angus King Jr., an independent from Maine. The Republicans are Ron Johnson of Wisconsin, Rob Portman of Ohio, James Lankford of Oklahoma and Roy Blunt of Missouri. The group is trying to recruit more co-sponsors, especially among Democrats.  See