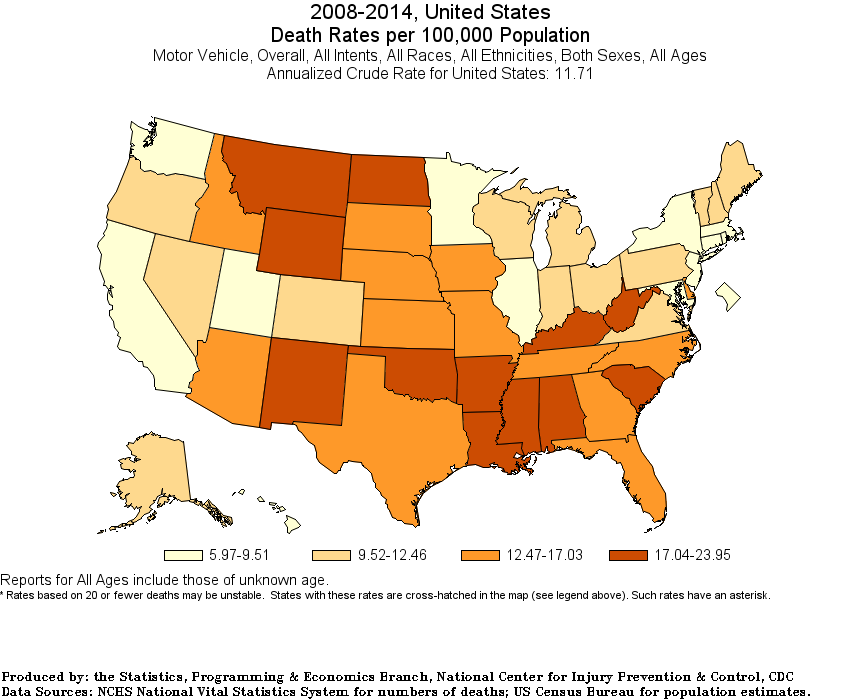 Dear Care for Crash Victims Community Members:
Please see Press Release from Senators who care about preventing needless deaths and injuries.
The public needs to be warned that the nation’s largest new auto dealer has broken its promise to stop selling used vehicles with safety defects.

“AutoNation’s decision to resume the sale of deadly used cars in the wake of this presidential election is deeply troubling, and will lead to tragic consequences on our nation’s roads and highways. After reversing course on its widely-advertised pledge to not sell defective cars, AutoNation now bears the responsibility of informing consumers about its broken promise. The company now has an obligation to publicize its decision to reverse course as widely as its original move towards better safety,” the Senators said. “Unfortunately, until Congress acts to ensure there is a level playing field for used car dealers who want to do the right thing for their customers, we will continue to see cars with deadly defects on our roads. In the wake of this announcement, we plan to double down on efforts to protect consumers from the worry that they might be buying a used car with unrepaired recalls.”‎

In 2015, Blumenthal and Markey introduced the Used Car Safety Recall Repair Act, which would require used car dealers to repair any outstanding safety recalls in used automobiles prior to selling or leasing and the Repairing Every Car to Avoid Lost Lives (RECALL) Act that would require owners of vehicles with open safety recalls to be notified and help ensure defects are repaired. The Senators have also urged auto manufacturers to take necessary action to protect consumers after defective parts are identified and recalled.

Please see the Press Release below on Congressional Action that will result in more deaths and injuries to Americans.

An information resource is the map of all Congressional Districts (114th Congress) with a tally of a decade of vehicle violence deaths in each district over the past decade.  Available to the public athttps://www.arcgis.com/home/webmap/viewer.html?webmap=e21e612d64654d75943f85a1a6035472

Yet Congress is Poised to Pass “Poison Pill” Provision

Washington, D.C. – Tonight, the text of the FY 2017 Continuing Resolution (Rules Committee Print 114-70) was released revealing that the Obama truck driver hours of service (HOS) rule will be decimated with the removal of the two safety provisions, a two-consecutive night off requirement and a one-week limitation on the use of the 34-hour restart.

Safety groups responded to this news:

Jackie Gillan, president of Advocates for Highway and Auto Safety (Advocates), said, “In a major assault on the safety of families and truck drivers across the country, the House and Senate Republican leaders just delivered special trucking interests an early Christmas present. Language inserted in the year-end government funding bill repeals key safety features of the Obama Administration’s truck driver hours of service rule intended to combat truck driver fatigue.  The Obama rule requires that after a grueling week of 75 or more work hours, truck drivers, who take only the minimum 34-hours off duty between work weeks, must get two consecutive nights of rest during the 34-hour off duty period.  Studies show that nighttime sleep is much more restful than attempts to sleep during daytime. Special interests succeeded in getting this rollback despite the growing problem of truck driver fatigue in the industry, unabated increases in truck crash deaths and injuries, and overwhelming public opposition.

However, none of this mattered to trucking interests and their friends on the House and Senate Appropriations Committee.  This attack on safety comes at a critical time.  Last year, 4,067 people were needlessly killed in crashes involving large trucks, representing an increase of 4 percent from the previous year and a 20 percent increase from 2009.  This is the first time truck crash deaths have exceeded 4,000 since 2008.  Further, preliminary 2015 federal government data shows 116,000 people were injured in crashes involving large trucks — an increase of 57 percent since 2009.  The annual cost to society from crashes involving commercial motor vehicles is estimated to be over $110 billion.

It is simply unthinkable that any industry with such an abysmal safety record and responsible for so many innocent deaths and injuries could actually find so many willing partners in Congress to push their greedy anti-safety agenda.”

Joan Claybrook, Chair of Citizens for Reliable and Safe Highways (CRASH) and former Administrator of the National Highway Traffic Safety Administration, stated, “This action to rip out essential safety protections for hard-working truck drivers who deserve a weekend off for adequate rest and recovery time is yet another example of the grip that corporate trucking interests have on some Members of Congress.  The American public is scared of sharing the road with exhausted and overworked drivers behind the wheel of a big rig and with good reason.  In fatal crashes involving a large truck and a passenger car, 98% of the deaths are the occupants of the car.  The House and Senate Appropriations Committees have held more than 100 congressional hearings this year.  However, the Republican Committee leaders never allowed a single hearing on this important issue. Instead, the repeal of the truck safety provisions was secretly attached to a must pass spending bill because they knew it wouldn’t pass muster.  This action will literally have life and death consequences for truck drivers and all motorists sharing the roads with them.  This ‘tired trucker’ provision has no place in this bill and Congress has no business coddling trucking interests using a backdoor legislative maneuver to circumvent public debate and conceal safety impacts.”

Daphne Izer, Founder of Parents Against Tired Truckers (P.A.T.T.), responded, “Once again, our lawmakers caved to special interests and put everyone who travels our roads at risk by including the “tired trucker” provision in the Continuing Resolution. As a mother who began advocating to make trucking safer after my son Jeff was killed by a truck driver who fell asleep while driving, I am devastated that language to increase the number of hours that truck drivers can drive and work was included in a must-pass bill. This rollback of the Hours of Service rules will do nothing to address the issue of driver fatigue and will certainly not reduce the number of fatigue related crashes. It does, however, show a disregard for the nearly 100,000 people who have been killed in truck crashes since I began working to make trucking safer, and the families like mine who are left to cope with the grief that decisions like these cause.”

Legal Reader has kindly published an article I wrote on this subject, pro bono,

Hopefully the information in this historical overview of presidential actions and in-actions will help us all protect people in the future.

We are at a time in history when we have more technology available to achieve Vision Zero deaths and serious injuries in or by new vehicles in a decade than ever before. People now need to increase demand through market forces and for governmental actions to achieve their safety and happiness.

Power of People to Protect People: The Consumer Reports Example

Dear Care for Crash Victims Community Members:
Consumer Reports (CR) has worked successfully for 80 years to protect Americans.  Testing by Consumers Union and reporting by CR has made us all safer.

Please see their recognition of Clarence Ditlow, former long time Board Member for his lifetime of contributions to making us all safer.

Their work shows what good work can do to save us money, time, and aggravation – and save lives.

Give a little to not get hurt.

Power of People to Protect People

Dear Care for Crash Victims Community Members:
Power of People to Protect People
Legal Reader has published an article that I authored “Power Of People To Protect People”.  See http://www.legalreader.com/power-of-people-to-protect-people/ This article was inspired by the lifetime of safety work by:  *  Clarence Ditlow:  See his presentation at http://therealnews.com/t2/index.php?option=com_content&task=view&id=31&Itemid=74&jumival=16672 *  Joan Claybrook:  See her presentation at http://therealnews.com/t2/index.php?option=com_content&task=view&id=31&Itemid=74&jumival=17360 *  Ralph Nader:  See his presentation and many others at his Conference “Breaking Through Power” at  https://www.breakingthroughpower.org/    The Graphic of Lady Justice was inspired by the writings of Marianne Karth, a mother of two daughters tragically killed in a crash that should have been prevented by regulations on truck under-ride guards delayed for decades.  See http://annaleahmary.com/2016/12/road-to-zero-coalition-considers-priority-actions-to-reduce-traffic-fatalities/  Lady Justice Graphic is available to the public for free use with attribution to Legal Reader and the artist Neil F. Angeles.
Never underestimate the power of people – especially crash survivors and victims – to protect other people.   *  Cally Houck, mother who lost two daughters in a recalled but unfixed rental car.  Seehttp://www.corporatecrimereporter.com/news/200/ben-kelley-on-death-by-rental-car/ *  Stella Gurr, mother who lost a son in a 15 passenger vehicle crash.  Seehttp://blog.vanangels.ca/2015/03/mothers-say-changes-to-motor-vehicle.html. *  Laura Christian, mother who lost her daughter in a GM vehicle with a defective ignition switch.  See http://www.gmrecallsurvivors.com/  They also inspire and continue to work to save others because they suffered losses to vehicle violence.
Presidential Power Failure
The record of Presidential failures to protect people dictates that we the people have to step up and use our power.

The Power of People was written as Americans approach the end of 8 years of one Administration with a tragically disappointing auto safety record with a NHTSA  estimated  251,647 deaths due to vehicle violence under President Obama from 2009 through the first six months of 2016.   NHTSA data shows that the number of motor vehicle related deaths is accelerating and estimated to increase an additional 10% approaching an Obama legacy of 270,000 vehicle deaths.  See https://crashstats.nhtsa.dot.gov/Api/Public/ViewPublication/812332

Nader and Ditlow told us so.  See https://www.nytimes.com/2014/10/29/opinion/weak-oversight-deadly-cars.html

President Obama failed year after year to adopt a Vision Zero Goal despite petitions of the American people.  The Swedish Parliament adopted Vision Zero in 1997.  Seehttps://en.wikipedia.org/wiki/Vision_Zero
Powers of People – Needed Now More Than Ever
Daily losses due to vehicle violence in the U.S.A. today:
*  100 deaths
*  400 serious injuries
*  $2 Billion
This is at a time when we have more technologies available to achieve an end to vehicle violence in or by new vehicles in a decade than ever before in human history.

Now as we face an incoming Administration that is talking more about the problems of regulations on business than about the problems of deaths and injuries to people, we need to begin anew conversations about what people can do to protect people.   Ralph Nader warns us of the Trump people and policies that we face.   Seehttp://www.eurasiareview.com/27122016-ralph-nader-tripwires-for-the-trumpsters-oped/