This article provides important insights into key questions of who or what entities are deciding the availability and quality of care: Why, how, when, where, and what can and is being done about it? Excerpts:

“As Americans have begun shopping for health plans on the insurance exchanges, they are discovering that insurers are restricting their choice of doctors and hospitals in order to keep costs low, and that many of the plans exclude top-rated hospitals.”

“The Obama administration made it a priority to keep down the cost of insurance on the exchanges, the online marketplaces that are central to the Affordable Care Act. But one way that insurers have been able to offer lower rates is by creating networks that are far smaller than what most Americans are accustomed to….”

“A number of the nation’s top hospitals — including the Mayo Clinic in Minnesota, Cedars-Sinai in Los Angeles, and children’s hospitals in Seattle, Houston and St. Louis — are cut out of most plans sold on the exchange.”

“In most cases, the decision was about the cost of care….”

“In New Hampshire, Frisbie Memorial Hospital took legal action against an insurer that excluded it from its marketplace plans, and in Missouri, consumer advocates successfully lobbied an insurer to add a children’s hospital after it unveiled a plan that lacked one….”

“In New Hampshire, consumers who purchase insurance through the exchange have only one choice of carrier — Anthem BlueCross BlueShield— because no other insurer applied to join the exchange. The company’s network includes access to only 16 of the state’s 26 acute-care hospitals.”

So when a serious injury crash occurs who will decide which acute care hospital the crash victim should be taken to?

Can we expect more medical bankruptcies of victims and hospitals?

Can we expect more law suits against “deciders” for cases that result in needless deaths, disabilities, and financial losses?

We can and must do better than this by focusing on quality — not just costs — of care for all. But this Post article raises causes of concern that the Obama Administration will continue to fail too many crash victims. As I wrote in my September 2013 Report:

“In President Obama’s first term, more Americans died of crashinjuries  (132,250 crash deaths) than died in the Afghanistan, Iraq, VietNam  and Korean wars combined.(NHTSA HS 811706) Of all people who currently die of crash injuries about 56% are not taken to any facility for emergency medical care. And of there maining 44% of crash fatalities that are taken to a medical facility for treatment, many receiveless than timely,  optimal, emergency  rescue and medical care….”

“Will the number of Americans dying of crash injuries in President Obama’s 2nd term exceed the 132,250 Americans who died in his 1st term? And will the number seriously injured in crashes exceed another 500,000 Americans?”

Sincere thanks to the authors and editors of the Washington Post article.

Can Condolences Turn Tragedy Into Safety?

It deals with a recent tragic crash and a request that we consider creative ways to prevent future tragedies.

As always your comments are welcome. 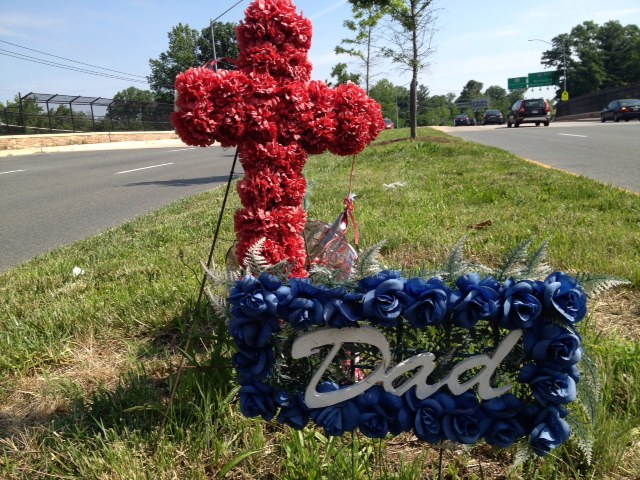 It is that time of the year in the U.S. when days are getting shorter with less hours of daylight.

For years I have been trying to give consumers “hard to find” info on improving their safety by increasing their visibility at no added cost. Research has found that white cars are safer by about 10%.

Pedestrians can be safer too by being brighter.

So it is welcome news that I have just received from the Washington Auto Press Association and Matthew Keegan that PPG has found that White is now the most popular color for new cars.

“According to PPG’s global data, white ranked first (up 3 percent from last year to 25 percent) and silver and black tied for second (18 percent each)…. In North America, white remains most popular (21 percent), followed by black (19 percent), gray (17 percent), and silver (15 percent).

Get the Safety Word Out

Imagine if the media would get the safety word out to consumers to increase safer choices in car color. You might think the media would want to give their audience life saving information.

Imagine NHTSA publicizing a 10% improvement in safety with a no cost wiser color choice by consumers.

If these get-the-safety-word out actions don’t happen, ask yourselves “Why not?”

And would it not be good if auto companies would specify greater reflective qualities in their paints to increase night time visibility?

Here’s hoping for a brighter future for fewer crash deaths and serious injuries.