Consequences of Defects Include Jail Time – For Drivers Not Corporations

Having worked on auto safety since 1978, and tried to understand the tragic consequences of crash deaths and injuries on individuals, families and society, I never envisioned wrongful criminal convictions.

The judge found that a faulty General Motors ignition switch contributed to her crashing into a school bus, killing her boyfriend who was sitting in the passenger seat of the vehicle she was driving. 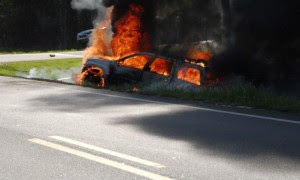 In a similar case last year, a judge cleared Candice Anderson in the death of her boyfriend, Gene Mikale Erickson.

Anderson pled guilty to criminally negligent homicide in the case in 2007.

It turned out that the GM ignition switch was involved in the deadly crash.

In 2007, Kuoa Fong Lee was convicted of vehicular homicide and sentenced to eight years in prison for a 2006 crash that killed three people. But Fong Lee was was released from prison in 2010. Lee’s lawyers argued that the 1996 Toyota Camry Lee was driving suddenly accelerated and Lee couldn’t stop it.

“Opponents of white collar criminal prosecutions argue that corporate managers should not be charged criminally for regulatory violations because health, safety, and environmental rules are too complex to understand and violations of such arcane requirements do not cause real harm,” says Rena Steinzor, author of Why Not Jail? Industrial Catastrophes, Corporate Malfeasance, and Government Inaction. “Both arguments are revealed as hypocritical by the criminal prosecutions of three drivers who had fatal accidents as a result of a defect that the manufacturers’ executives covered up. All of these accidents caused fatalities and the drivers were charged with versions of vehicular manslaughter or reckless driving. Only after suffering through great hardship and, in one case, two years in prison, were they exonerated by belated disclosure of corporate malfeasance. The cases are just the latest example of the double standard that prevails between street and white collar crime.”