“An auto safety advocate is calling on the government to reopen an investigation of rear-crash fires in older Jeep SUVs after finding at least 11 more deaths since the vehicles were recalled.

The deaths show that the recall repair — installing a trailer hitch to protect gas tanks in low-speed crashes — hasn’t been effective, said Clarence Ditlow, head of the nonprofit Center for Auto Safety.

He is calling on the government to investigate, saying the Jeeps are unsafe and a remedy should be developed that saves lives.

“As far as Fiat Chrysler is concerned, Jeeps can continue to crash and burn until they are all off the road,” Ditlow wrote in a letter to Transportation Secretary Anthony Foxx dated Thursday.

It’s been almost three years since Fiat Chrysler, which makes Jeeps, began recalling 1.56 million SUVs with plastic gas tanks that are mounted behind the rear axle and can rupture in a crash, spilling gasoline.

Ditlow said he found a total of 19 fire deaths in older Jeeps in a fatal accident database maintained by the National Highway Traffic Safety Administration. Eleven were in Jeeps that had been recalled, with eight more in SUVs not included in the recall, he said.

The deaths since the June 2013 recall bring the number of people killed in fiery crashes involving the Jeeps to as many as 86. Before the recall, NHTSA counted 75 deaths. The recalled vehicles include 1993-1998 Grand Cherokees and 2002 to 2007 Libertys….

The article continues and contains the information that

“Fiat Chrysler has agreed to offer $1,000 above market value trade-in prices on a new vehicle to owners of 1993 to 1998 Grand Cherokees. Owners of both the recalled Liberty and Grand Cherokee SUVs would get $100 gift cards to have their vehicles repaired.”

The Center for Auto Safety (CAS) letter to current DOT Secretary Foxx and current NHTSA Administrator Rosekind along with photos, and data on the fatal crashes found are included in the following release.

“The most lethal vehicle safety defect in America today is not the Takata airbag inflator. It’s the fuel tank behind the rear axle in the 1993-98 Jeep Grand Cherokee, 1993-01 Cherokee and 2002-07 Liberty.  The Takata airbag inflator has claimed 9 lives in the US. Just since June 3, 2013 when NHTSA asked Chrysler to recall the 1993-98 Jeep Grand Cherokee, and 2002-07 Liberty, there have been 47 deaths in fatal fire crashes in the investigated Jeeps, at least 19 of which have been fire deaths according to NHTSA or medical records. The Grand Cherokee and Liberty accounted for 14 of the 19 fire deaths with 12 deaths occurring in direct rear impact crashes.

This is the recall that Chrysler never wanted to do and will never do right. As far as Fiat-Chrysler is concerned Jeeps can continue to crash and burn until they are all off the road. The Center for Auto Safety calls on you as the Secretary of Transportation and as the Administrator of NHTSA to reopen the Jeep fuel tank investigation and obtain a remedy that saves lives versus the fire deaths that will continue to occur if Fiat-Chrysler is left alone.” 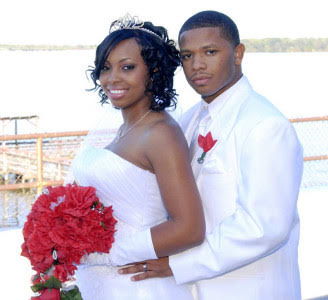 The letter and data must be read.  The failures of DOT, NHTSA, and Fiat Chrysler are shocking in the amount of preventable tragedy they produced and will continue to produce if they again fail to protect.
Lou