Clearly, as I wrote recently, in the next two years, many more Americans are likely to die of crash injuries in Red States than Blue States. 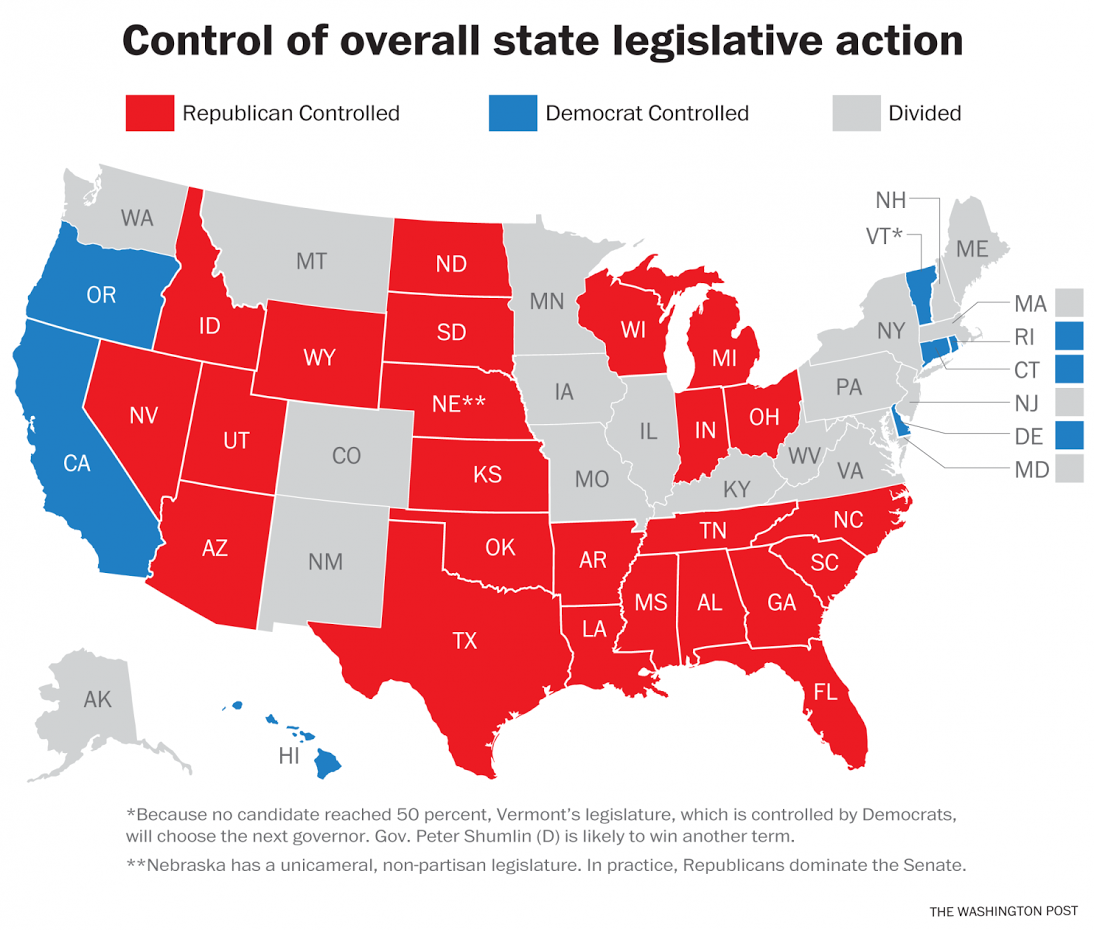 And now we read in the Washington Post that the DOT has a forthcoming plan that may favor more Red States than Blue States.“The report being drafted by the Transportation Department draws in part on data compiled in recent years by such groups as the Miller Center at the University of Virginia and the American Society of Civil Engineers.

An ASCE report two years ago concluded that it would take a $3.6 trillion investment by 2020 to meet infrastructure needs, about $1.6 trillion short of current spending. The Miller Center said maintaining infrastructure at current levels required additional spending of $134 billion to $194 billion each year through 2035.”….

“The report will outline the challenge of rapid population growth, particularly the need for infrastructure expansion in the South and West, while meeting demand for replacing roads, bridges and other critical systems in the aging Northeast and Midwest.

“We’re going to have this huge influx of citizens, and a lot of that growth is going to happen in the South and West,” said Peter Rogoff, undersecretary of transportation for policy, describing a taffy pull for scarce resources. “There’s a natural tension.”  See

One can understand the DOT focus on Trillion$ and Billion$ because that is the way they see their lobbyist filled world.  But citizens, taxpayers, and consumers need to focus on their safety — and that varies substantially by State.  For example WY had a crash fatality 4 times higher (worse) than MA in 2012.  See attached Ranking of States in 2012 by crash fatality rates.  But note that in MA 349 people died of crash injuries while in WY 123 people died of crash injuries.
So how will DOT allocate resources?  By politics?  By fatalities?  By fatality rates?   How should citizens, taxpayers, and consumers allocate their choices?  Vote blue?  Avoid vacation trips to high fatality rate States?  Avoid moving to high fatality rate States?  Buy safest vehicles?
As this plan is formulated citizens should recall whom they voted for and watch to see in whose interests these choices are made.  Remember Secretary Foxx is from the South.  And he, as have all Secretaries of Transportation, will say: “Safety is my number 1 priority.”  Yet each year the NHTSA Budget is less than 2% of the DOT Budget.
There is more than your money at stake.
Lou